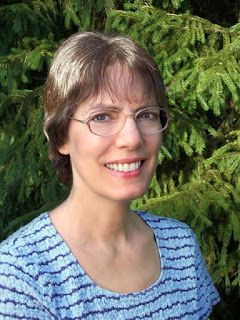 We are blessed this week to have Terri Wangard on the Coffee Corner! Hold on to your hats as we learn more about this amazing author and her books. Don't forget to check out the amazing giveaway at the end of the interview. Without further ado...let's go!

Renee: Welcome to the Coffee Corner, Terri! I'm so glad you could be here. I'm sure everyone is anxious to get started so...first question out of the blocks is...how do you decide what to write about and when do you do your research?

Terri: Thanks for having me, Renee. It's a pleasure to be here. Let's see...I wrote Friends & Enemies, the first book of my Promise For Tomorrow series, based on what I know about distant cousins in Germany during World War II. I have no idea about their political views, so I created a family to be proud of. Writing a series hadn’t been my intention, but an editor I spoke with at conference suggested a series would make it easier to get a contract. I based the second book, No Neutral Ground, in Sweden and the third book, Soar Like Eagles, features Red Cross volunteers because they seem to be unique topics in World War II stories.

Renee: Soar Like Eagles! I love that title. Anybody know why? (I'll let the readers answer that one.) Let's continue with the interview for now. Your series sounds fabulous. I bet the characters are amazing. How do you pick your characters' names?

Terri: Many of my character surnames come from my family tree. Five of the six main characters in Promise For Tomorrow have ancestral names. For given names, one is named for my mother and the others have names I like. They have to be since I work with them for so long. Sometimes I’ll use friends’ names (and don’t tell them!) or I’ll use a similar name in a situation. For instance, a boss’ name is nearly identical to a boss I once had.

Renee: That's a good way of "keeping it in the family." LOL What about your titles? 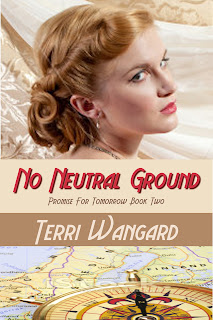 Terri: Good question. Friends & Enemies was obvious because Germans and Americans who were friends before the war suddenly found themselves to be enemies. I don’t remember dreaming up No Neutral Ground, but it is because much of the book takes place in neutral Sweden, yet the characters couldn’t be neutral. Soar Like Eagles comes from Isaiah 40, and I probably thought of the deadly war situations the characters had to rise above. All three titles have three words. I was a bit surprised that my first publisher didn’t make any changes.

Renee: You made good choices! They sound perfect to me and I haven't even read your books...yet. What would you say is your biggest challenge as an author?

Terri: Finding the time to write. Most of my writing is done on the weekends, so if special events are held on the weekend, there goes my writing time. I’m prone to migraines, so after doing computer work during the day on my job, I don’t spend my evenings or early mornings writing on my laptop. I do write in longhand during the week.

Renee: That's a challenge for many an author including me. Migraines, eh? I have them too, although I have to say that mine are fairly well controlled now. I only have one every two or three months now. By one, I mean severe enough to put me down for a day or two. I don't count the headaches that I'm able to "work" through. I admire you for being able to write longhand. I'm not good at that. Oh, I almost forgot! What about your setting? How did you choose that?

Terri: I chose Ridgewell as the air base in England as the setting for all three books because Ridgewell is one, easily pronounced word. The German settings in Friends & Enemies are my ancestral hometown and the city where the cousins lived. Both are near the Rhine River, which I’ve cruised, but unfortunately, I’ve been to neither. I’ve spent several days in Sweden. I wish I’d known I’d be writing about it in No Neutral Ground. I would have taken a lot more photos and visited much more of the Old City of Stockholm.

Renee: Well, you know what they say about hindsight. LOL So..what would you do if you couldn't write anymore? 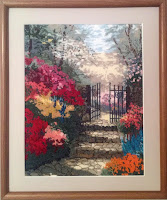 Terri: I’d spent my time researching my genealogy and working on crafts. I used to do a lot of cross stitch and still have undone projects. I also have knitting projects.

Renee: I've always wondered what I would do. To tell you the truth...I don't know. I'd love to travel if I could. If you could go anywhere in the world, where would it be and why?

Terri: Germany, because three quarters of my ancestry is German. I’d like to visit the places where my ancestors lived. I’d also have to go into Poland, since many of the towns are now within its borders.

Renee: I'd love to visit Scotland and Australia. Not for any particular reason, just because it sounds cool. ;) It's been a pleasure getting to know you. I (and I'm sure everyone else) can't wait to read your books! Thank you for visiting us on the Coffee Corner, Terri.

Answer the question below on the blog to enter giveaway!
One winner will be selected by random draw on 4/26/2017.
All valid entries must include name and email address.

Terri's cross stitch picture in the interview is based on which artist's painting? 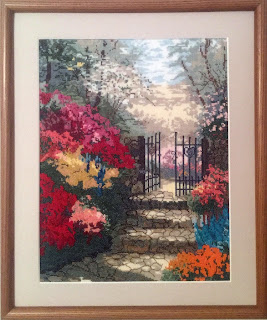 About the Book, No Neutral Ground:

After his father divorced his mother because of her Jewish ancestory, Rafe and the rest of his family flee Germany. As a B-17 navigator, he returns to Europe. On the ocean voyage, he meets Jennie, an artist journeying to Sweden to work with the OSS.
Flying missions against his former homeland arouses emotions that surprise Rafe. Despite being rejected, he’s troubled by the destruction of Germany and his heart still cries for his father’s love.
Sweden may be neutral, but it’s full of intrigue. Jennie thought she’d be doing passive, behind-the-scenes work for the OSS. Instead, she’s pushed into an active role to gain intelligence and frustrate the Germans.
How can Rafe and Jennie succeed in their dangerous roles when they are so conflicted?

About the Author, Terri Wangard: 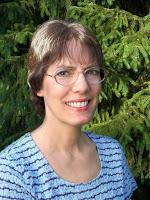 Terri Wangard grew up in Green Bay, Wisconsin, during the Lombardi Glory Years. Her first Girl Scout badge was the Writer. These days she is writing historical fiction, and won the 2013 Writers on the Storm contest and 2013 First Impressions, as well as being a 2012 Genesis finalist. Holder of a bachelor’s degree in history and a master’s degree in library science, she lives in Wisconsin. Her research included going for a ride in a WWII B-17 Flying Fortress bomber. Classic Boating Magazine, a family business since 1984, keeps her busy as an associate editor.