In Such a Time as This by Janell Wojtowicz (EBook Giveaway!)

In Such a Time as This 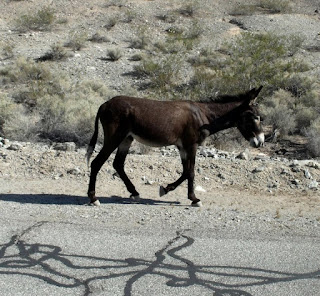 Words like patience and perseverance tend to grind in people’s minds like fingernails on the chalk board. Like it or not, putting those words into action takes time, courage, questioning, and perhaps some type of pain. In the end there could be success, failure, or simply, peace.

I had to put feet to patience and perseverance after my full-time career got caught in the wake of the Recession and came to a dead end in 2010. Initially, I was fairly confident that I’d find another job quickly after being laid off. The job coach said I had an impressive resume and relevant job skills

WRONG! Within six months I was in trouble. I faced the new reality that being in your upper-40's is no longer a good thing when you’re in the job market. Also, I watched from the sidelines as the communication field turned upside down. My skills in writing were no longer enough. I needed to be proficient in website and database management and graphic design, too.

As I continued my search for a full-time job, I launched a freelance business and managed to find a few clients, as well as contract work through a creative agency. I applied for job after job and went on dozens of interviews praying that God would open the right door. But as doors continued to slam shut, my prayers were replaced by questions: What I’m supposed to do with the rest of my life? Is my career over? Do I need to start over? And if so, doing what? The career trek I had been on for over 30 years had been reduced to rubble. My patience was tried. My perseverance struggled. My doubts raged.

In the meantime, I was writing novels; none published. I had followed the traditional path of pursuing publication: critique partners, a writer’s conference, hiring an editor, entering contests, pitching to agents, working on two sequels. While some authors would have relished the thought of all that free time to write, pitch, and market, I discovered that the job search and agent/publisher search are similar—too similar: Cover letter vs. query letter, resume vs. writer’s platform, portfolio vs. sample chapters, rejection after rejection. The rejection double-whammy forced me to put the completed manuscripts on the back burner.

It’s been almost seven years since I had a full-time job. During that time, my semi-retired husband developed health problems that required doctor appointments, physical therapy and surgery. We downsized and moved, a massive undertaking after living in the same house for almost 20 years. My elderly widowed mother, who lives three hours away, fell and broke her ankle and needed in-home care, which I was able to provide. She gets lonely living on her own, so I visit her more often. My step-son and his family moved 600 miles away so we spend our vacations with them.

Then it dawned on me (or maybe it was God waving it in front of my face): God had orchestrated my life “for such a time as this” (Esther 4:14). If I had been working full-time, I never would have been able to help my husband and mother, move successfully (and sanely), and visit family out of state when needed. By doing freelance work I’ve had flexibility to work anywhere anytime: sitting by a hotel pool, at a Starbucks surrounded by college students, in a clinic waiting room. And, “for such a time as this,” I found a publisher for my debut novel, “Embracing Hope”, which debuted last November.

I may not have felt it much, but God was right beside me during those tumultuous years. He led me down the pitted path—sometimes kicking and screaming. But it’s only through the grace of God that I had the patience to persevere. Or maybe it was God who was patient and persevered in spite of me. 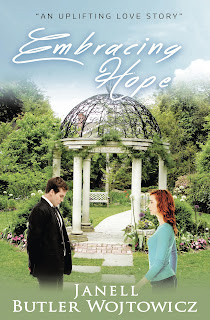 Comment for a chance to win (email required)!
One winner will be selected by random draw on April 19, 2017.

About the Book, Embracing Hope:

Christian college dean Drew McKinley mourns his dead wife and still wears his wedding ring. He stumbles on a desperate journey to understand God’s motives for her tragic death. Crossing his perilous path is Allison, a graduate student and new employee in the dean’s office. Even as she deals with financial hardships, she recognizes Drew’s unresolved grief from her own loss. Putting up a roadblock is Chris Whitney, the handsome but egotistical student senate president. He carries the secret burden of a dysfunctional family and a below-the-surface temper. The road Drew must navigate is fraught with career upheaval, a reawakening heart, substance and domestic abuse, a violent assault, and the struggle for forgiveness and restoration. Will Drew finish his journey to embrace the hope God offers, the love Allison shares, and the guidance Chris needs, or will he turn his back on all three with catastrophic consequences?

About the Author, Janell Butler Wojtowicz: 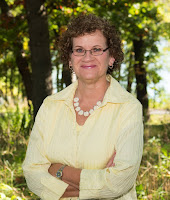 Janell Butler Wojtowicz, born and raised on an Iowa farm, was one of those kids who loved to write the dreaded “What I did on summer vacation” essay. It’s no surprise that she has spent her entire 30-year career in writing, including journalism, Christian higher education public relations, and local government public information. She is a freelance writer/editor, and a member of American Christian Fiction Writers. Janell and her husband, Frank, live in New Brighton, Minnesota.