Faith for the Journey: Faith or Fairy Tales 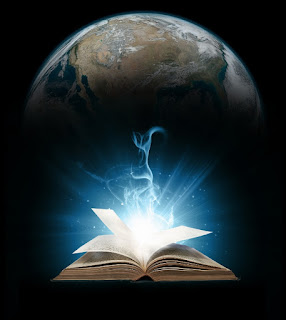 Passage for this devotional taken from the NKJV: John 20:24-31

Why do you believe what you do? It’s an important question in this day and age. Do you have an answer?

In this passage, Jesus appeared to the disciples when they were hiding. Well, everyone except Thomas. When they announced the glorious news of the Savior’s resurrection, he was, for lack of a better word, a skeptic. Their experience wasn’t acceptable for this disciple. Thomas needed tangible evidence to dispel his lingering doubt. (v.25) Jesus appeared, and Thomas believed. (v.27)

What does it take for us to believe in a resurrected Savior? Is it a fairy tale or is it faith? Fiction or Truth? False or founded?

The skeptics of this world say the Christian harbors a blind or empty faith, like what you experience with a fairy tale or magic. Either that, or we’re delusional. They say that they need something more substantial . . . physical. They need "proof."

In the passage above, Thomas reacted much the same way when his friends told him that Christ had risen from the dead. He firmly stated the only way he would believe would be if he touched the man’s wounds with his own hands. If that isn’t telling someone “I don’t believe you,” I don’t know what is!

And God didn’t shy away from his challenge. He appeared to Thomas and offered his hands, feet, and side, thereby confirming that He was indeed risen. (v.29) Was that His only reason for appearing the way He did, or did Jesus have a higher purpose for this demonstration to Thomas?

As Christians in the modern age, we trust that Jesus Christ rose from the dead, but it’s not because of a fairy tale or leaps of blind faith. We know MORE than one person ate with him, listened to him speak, touched him, and watched him perform miracles, not only before but AFTER he’d lain in a tomb for three days. God doesn’t expect us to believe in fictitious stories. He gives us the evidence of His existence. It’s up to us to use it with wisdom.

As for accepting Him and the transformation of our lives? Those eye-witness accounts are as unique and varied as the people who tell them. And as a new creature in Christ, we should always be prepared to give the answer for how and why!

We stand ready because our faith in the Lord is not blind. It’s not empty, because a Christian’s faith is founded in the resurrection of Jesus Christ and that, my friend, is a documented fact. Whether you agree with it or not, believe it or not, it’s the truth. It happened. As for God transforming your life, that’s up to you. It is truly a liberating and amazing experience, but He won’t go where He’s not invited.

John 20:30-31 And truly Jesus did many other signs in the presence of His disciples, which are not written in this book; but these are written that you may believe that Jesus is the Christ, the Son of God, and that believing you may have life in His name.
Labels: Belief Blind Defense Devotional Fairy Tales Faith Founded Gospel Hope John 20 Love Real Resurrection Salvation Trust Truth