Guest: Where Would I Be Without a Loving God?

A kicking baby girl lying in a basket near the dinner table whimpered and then began to wail.
Her two-year-old brother crawled up on a chair, crawled up on the dinner table and looked at the red-faced howling infant. Salt and pepper shakers were near his folded legs and he reached for the salt. He shook a little out on the table, tasted some, and then emptied the shaker into the baby’s eyes.
I was the baby. I don’t remember the incident, but I was told about it. The little boy had no idea the seriousness of what he had done until his little sister’s screams alerted the whole family.
It was 1937. Desperately poor, having gone through the Great Depression and the Kansas Dust Bowl, my family had no money for a doctor. Yet, several of my siblings just experienced Salvation and the power of God and Mama was renewing her relationship with Him, so prayer was the first answer.
Mama washed my eyes out with water, and I think I was told she used boric acid as an eye wash. Yet, I cringe as I think about it. The edges of salt crystals are hard and sharp. Eyes are delicate. God drew near and answered our need. I’ve never had problems with my eyes as long as I can remember, and I give the glory to God.
No matter what the need, our family went to their knees. In those days when Daddy and my oldest brother worked shoveling coal from railroad cars into trucks for $1 a day, there was little money for anything to feed the 10 of us. That’s why Mama spent so much time in the garden planting, hoeing, watering, picking, and why I often was left with siblings babysitting me.
I must have been a toddler when my sister decided to give me a bath atop the wood cook stove. During the summer, they hadn’t been using the stove and she didn’t realize someone built a fire in it until she sat my bare bottom down on it.
I imagine I screeched to high heaven, and most likely my sister screamed louder than I. Yet I can’t recall the incident. I survived serious burns, which I’d guess were third degree because I’ve carried the scars all my life. Without being told, I know my family and probably the church prayed for me, and God answered.
Now some people believe in God as Creator, but don’t grasp the thought that the Lord cares about His creation. That astounds me. How could they even have a little knowledge of how the universe functions, look at the sky or even look in the mirror and doubt that?
God made humans in His own image and likeness, according to Genesis 1:26, and in Colossians 1:16 we’re told, “ For it was in Him that all things were created, in heaven and on earth, things seen and things unseen, whether thrones, dominions, rulers, or authorities; all things were created and exist through Him [by His service, intervention] and in and for Him.”
He create us—me, too—for fellowship, to have someone to love and someone to love Him back.
I’m thankful the Lord touched me at an early age, and I continue to feel His hand upon my life. If you don’t know Jesus, He loves you and has planned good things for you. This is what is prophesied in the last days for those who accept His sacrifice for sin:
“Then shall the King say unto them on his right hand, Come, ye blessed of my Father, inherit the kingdom prepared for you from the foundation of the world” (Matthew 25:34).
© Ada Brownell June 2013 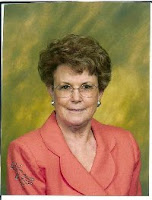 Ada Brownell, also writing as A.B. Brownell, has been writing for Christian publications since age 15 and spent much of her life as a daily newspaper reporter. She has a B.S. degree in Mass Communications and worked most of her career at The Pueblo Chieftain in Colo., where she spent the last seven years as a medical writer. After moving to Springfield, MO in her retirement, she continues to free lance for Christian publications and write non-fiction and fiction books.
She is author of Joe the Dreamer: The Castle and the Catapult, released Jan. 15, 2013; Swallowed by Life: Mysteries of Death, Resurrection and the Eternal, released Dec. 6, 2011; and Confessions of a Pentecostal, published by the Assemblies of God’s Gospel Publishing House in 1978, out- of-print but released in 2012 for Kindle.
Facebook: https://www.facebook.com/#!/AdaBrownellWritingMinistries
Twitter: @adellerella
Blog: http://inkfromanearthenvessel.blogspot.com Stick to Your Soul Encouragement
Amazon Ada Brownell author page: http://www.amazon.com/-/e/B001KJ2C06